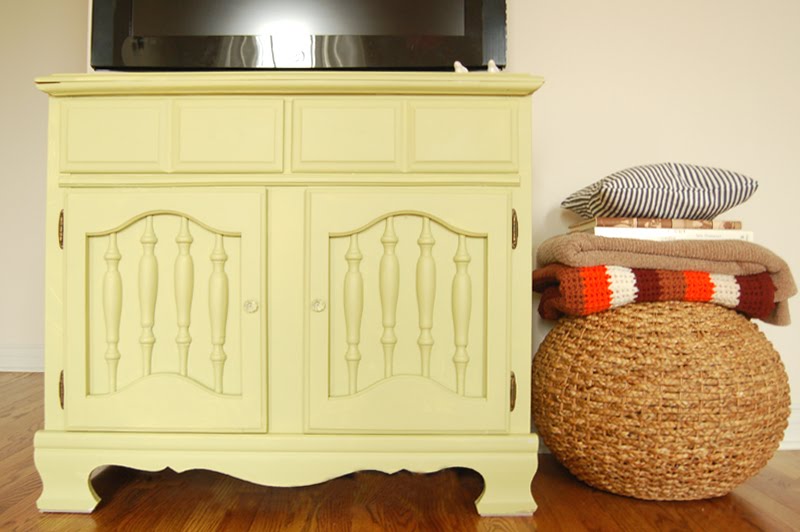 Back in February we found this sweet dresser/cabinet at the salvation army for $30. I have been looking for one this size for so long and finally got lucky! With our fireplace being in the corner of the room (the focal point), I wanted something just big enough to hold the tv and still allow room for a stack of blankets between the tv and fireplace. 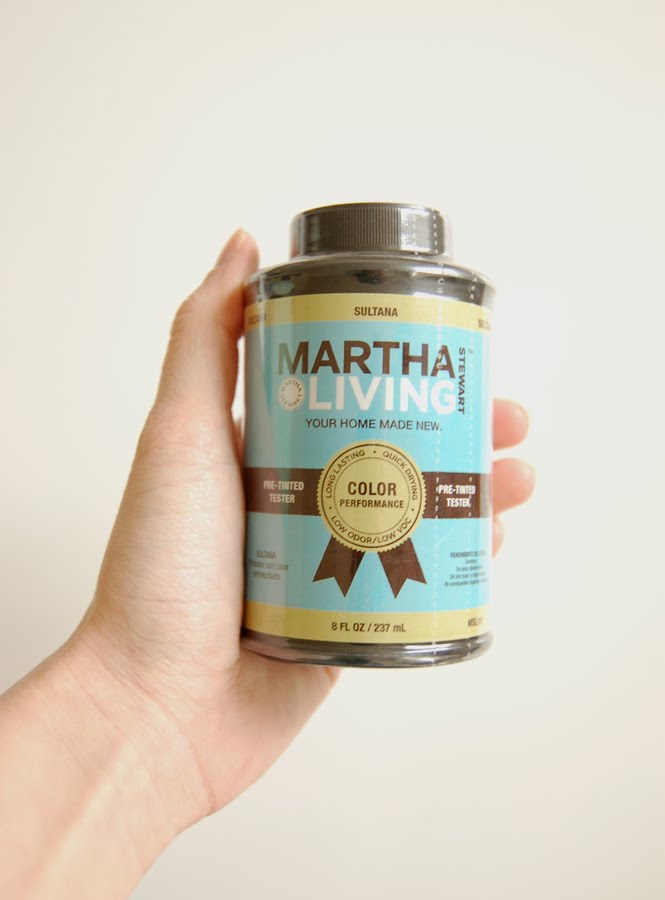 I forgot to take before pictures, but the dresser was in need of some love. It was light brown with plenty of defects, and it also had a glossy veneer top and sides. We weren’t sure if it would paint okay, but after sanding it and putting on two coats of primer, we only needed one coat of paint. I used a $3 sampler of Martha’s Sultana green and we even had some leftover. 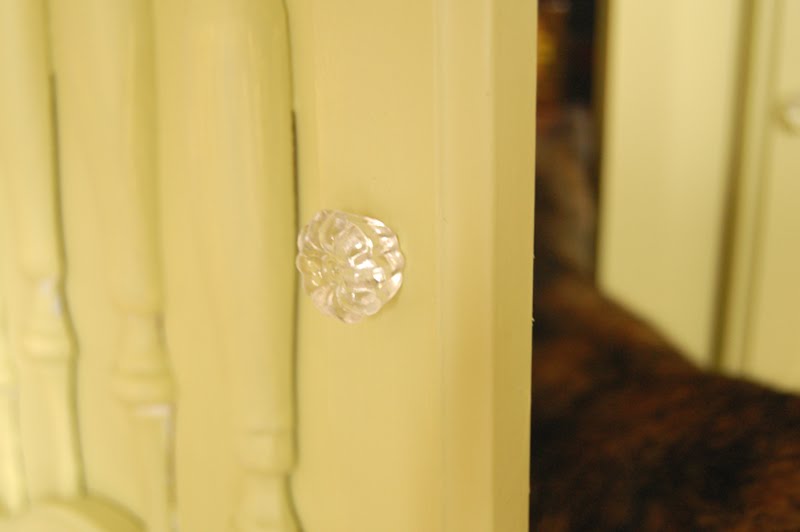 The dresser originally had knobs on the drawers and doors, but it was missing one so I took the rest off and replaced just the door knobs with clear ones from here. I originally bought these from anthropologie, but they ended up being too large. We filled in the holes on the drawers with wood putty before painting. 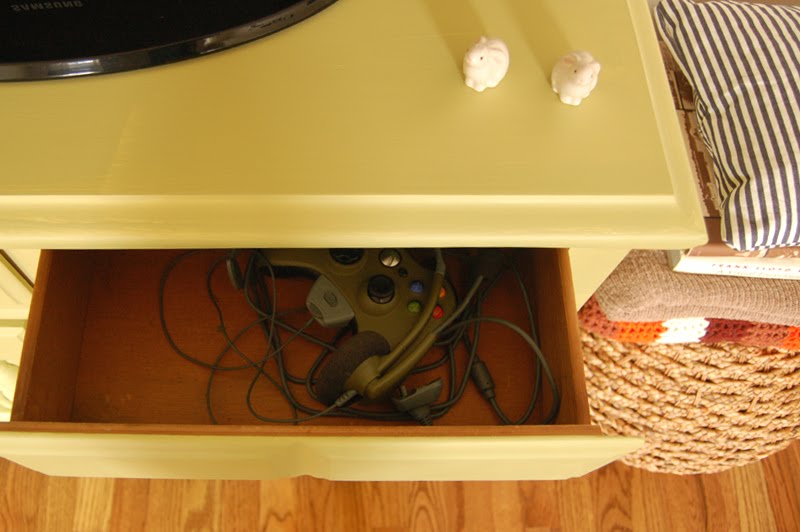 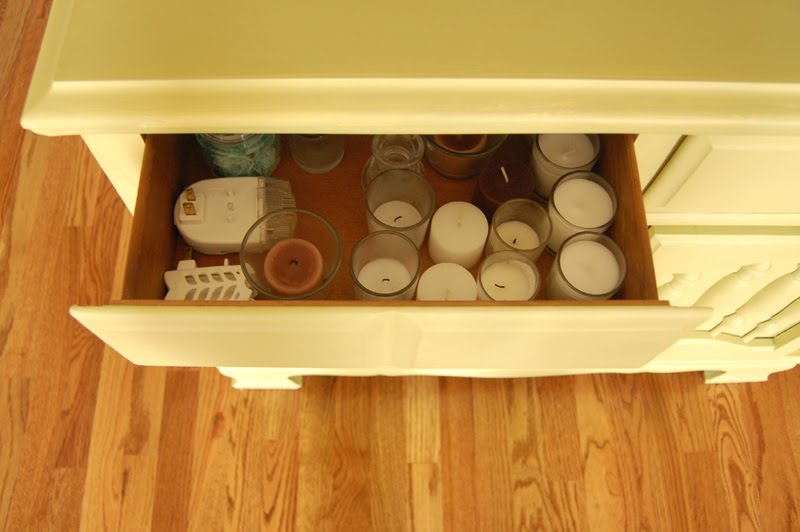 I love having the concealed storage now for all of our “accessories”. Q’s xbox stuff stays nicely hidden and he has his own drawer dedicated to his controllers. I use mine for storing extra candles. Now I have the urge to line those drawers! 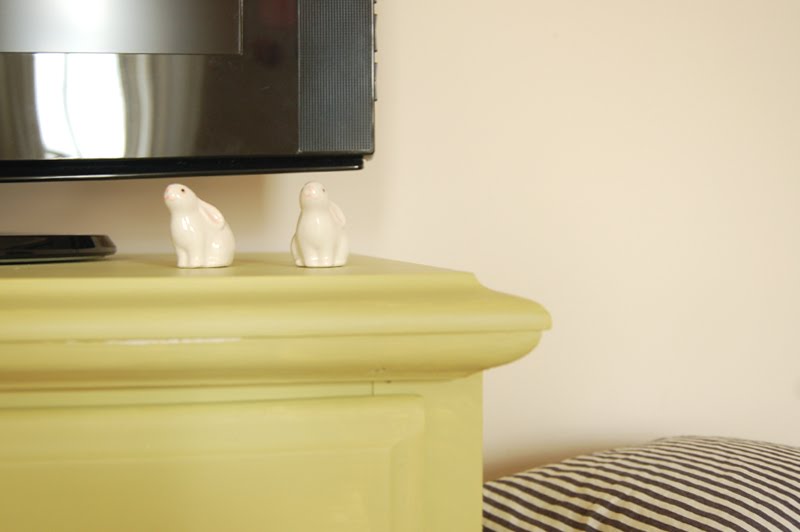