When we got married and moved into a tiny apartment 3 years ago, we had no internet, no tv stations, and maybe two radio stations that came through. So we found ourselves renting a lot of movies & tv series. The first tv show we chose, since everyone seemed to talk about it, was LOST. 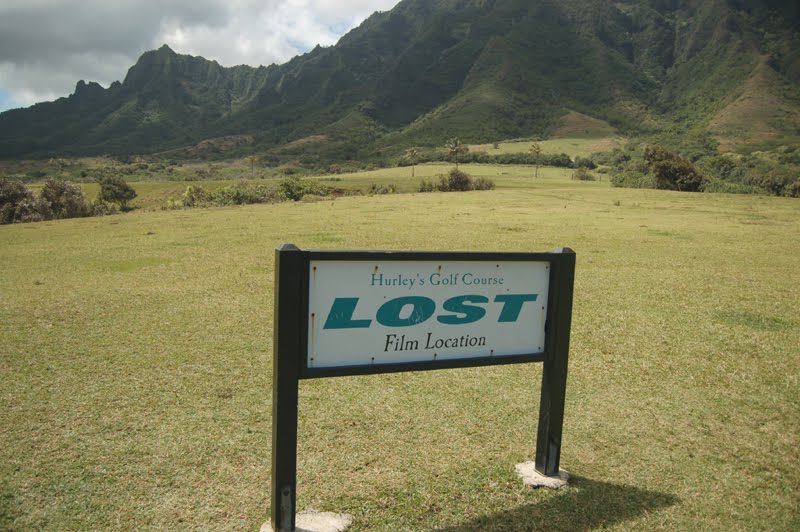 We finished the first 2 seasons literally in days, and have been hooked ever since. Anyone who watches the show knows that it isn’t just about all of the crazy stuff that happens on the island – it’s also brilliant, compelling storytelling about the lives of all these characters that you become vested in. 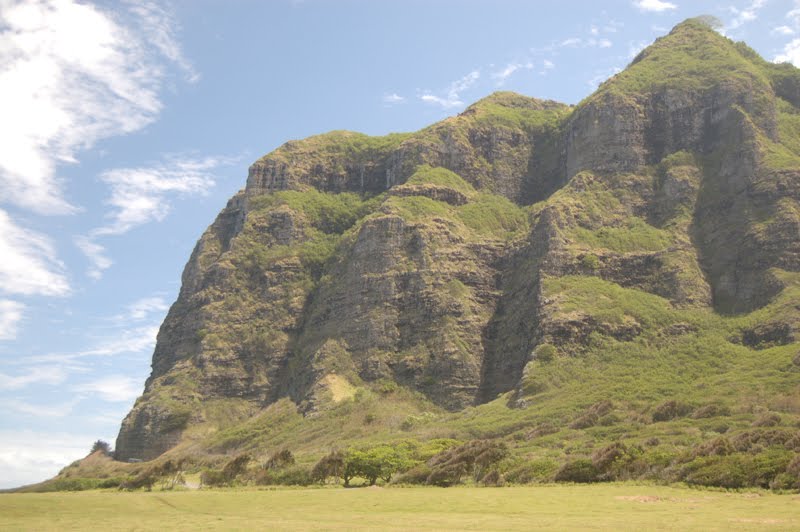 When we were in Hawaii we spent an amazing afternoon at Kualoa Ranch where LOST is filmed. We visited a one of the dharma sites, went to Hurley’s golf course, and visited a hut that they had just finished filming a scene at. It was us and two other couples being driven around in a short bus, cameras in tow, as we went along on this tour. 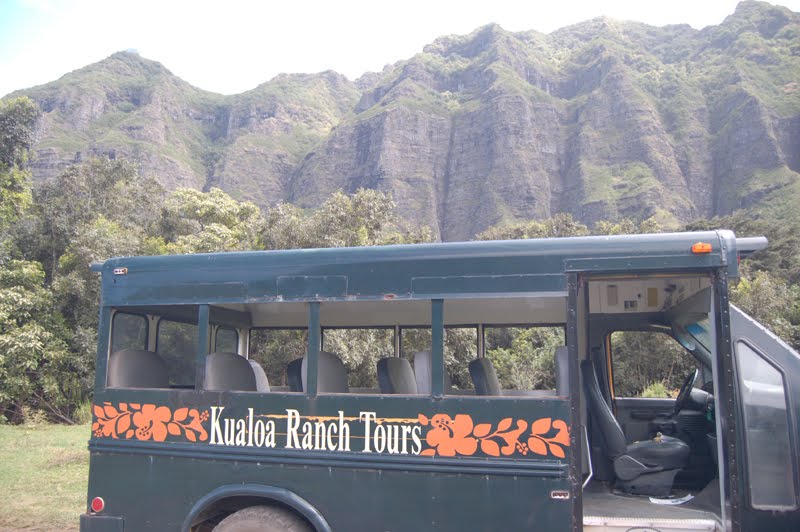 Our tour took us through Ka’a’awa Valley that sits between two mountains (which we now recognize on the show). We’ve since noticed that most of the open land shots are filmed here. It’s right along the ocean, and nearby is the pond where the dock shots are filmed, and behind the valley is the rainforest on the show. 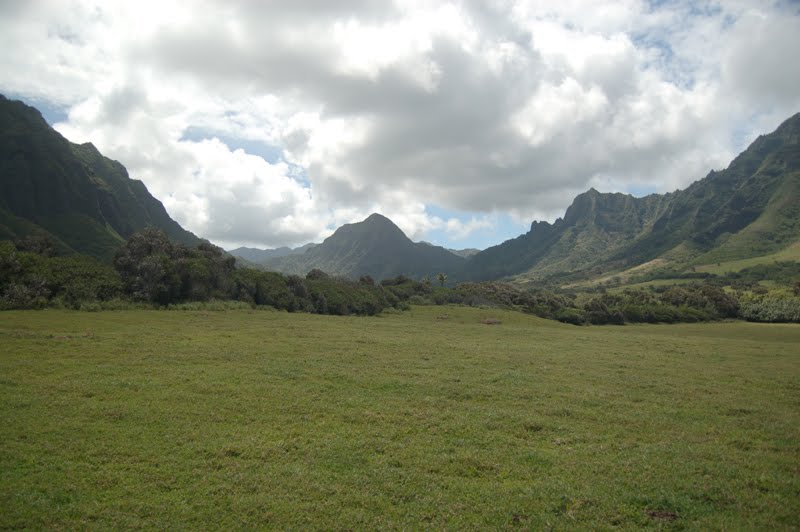 view of ka’a’awa valley (with the ocean behind us) 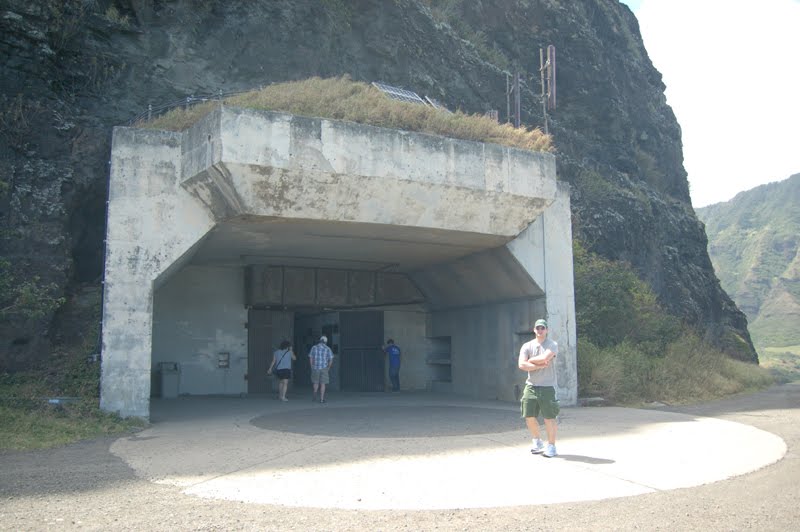 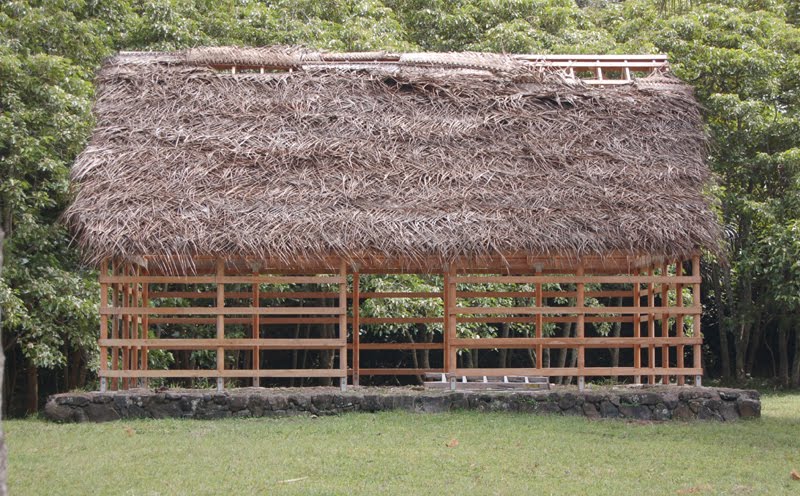 a hut in the valley (a scene they had just filmed)

They were still filming while we were there and although we didn’t see any of the sets or crew during our tour, it was still an amazing experience. Gave us some great perspective on how they created the look of the island, and made it even more interesting to watch the show.
Oh, LOST, we’ll miss you. It’s been fun.